By Jeff Powell For Mailonline

Saunders suddenly announced that his dispute over the size of the ring in the Dallas Cowboys Stadium ‘has been resolved.’

It is likely the size will have been expanded from 18 feet to 20, not the 24 he demanded. Saunders had to much lose in terms of his own purse and compensation claims to push too far. 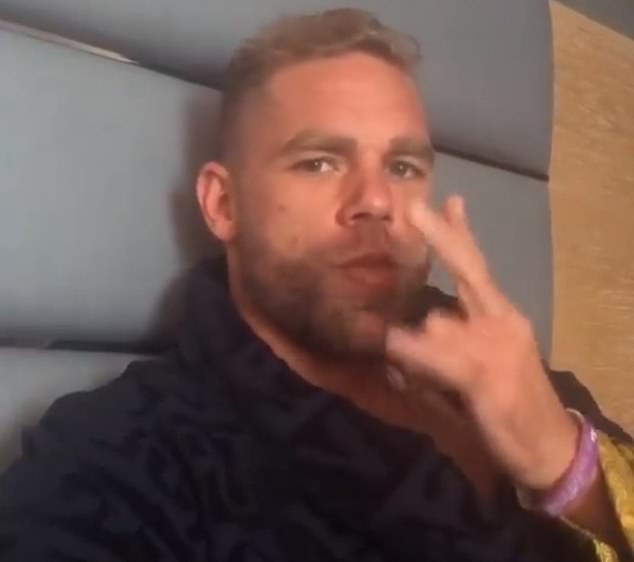 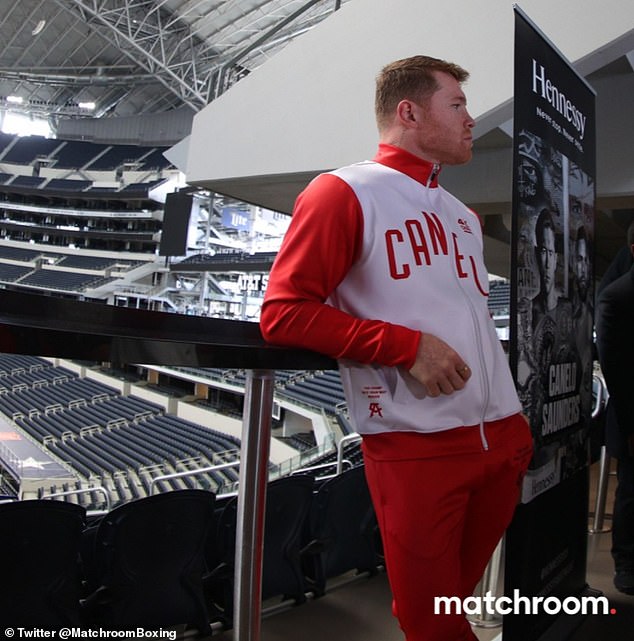 There was probably an element of mind games but the best pound for pound boxer seemed relaxed throughout the wrangle.

In a video he posted on Instagram, Saunders said: ‘I just want to say, I’m pleased the issue is sorted. Obviously, as you can see, I tagged Canelo and [promoter] Eddie Hearn in my last video. The ring is not a problem. Thumbs are up.’

As the row raged on Saunders made good his threat not not to face off with Alvarez for pre-fight pictures in the Dallas Cowboys Stadium and his father Tom had said: ‘As of now the fight’s off.’

Saunders’ dad had told iFL TV: ‘I can’t say them coming face to face because the issue with the ring has still not been sorted. 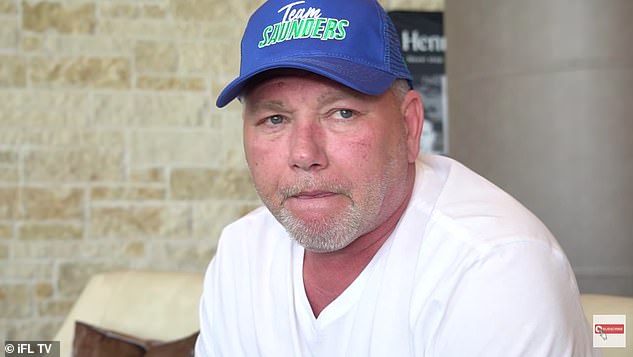 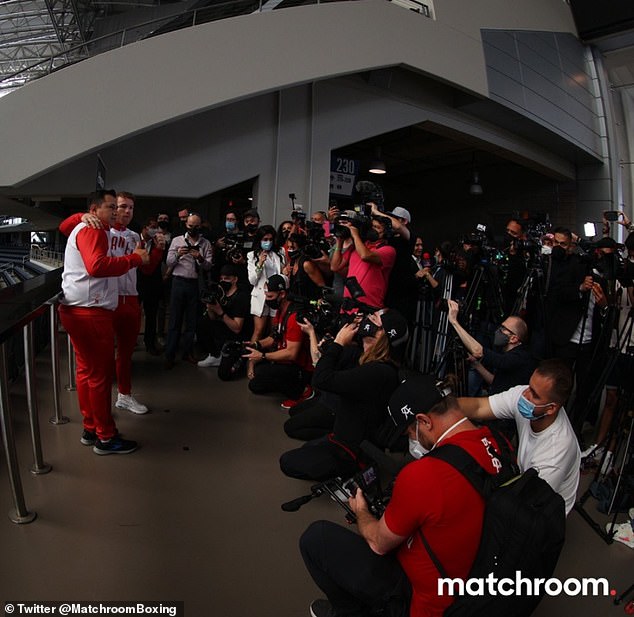 The Mexican seems unruffled despite his opponent threatening to pull out

‘There is nothing in the contract about the ring size, it’s all about negotiations and negotiations have broken down big time.

‘We wanted a 24-foot ring but we’ve come down to a 22-foot inside ring. Basically they are trying to take BJ’s legs away. We’re up against everything here and at the end of the day I’m not going to let my son box in a 20-foot ring against the supposed pound-for-pound king of boxing. 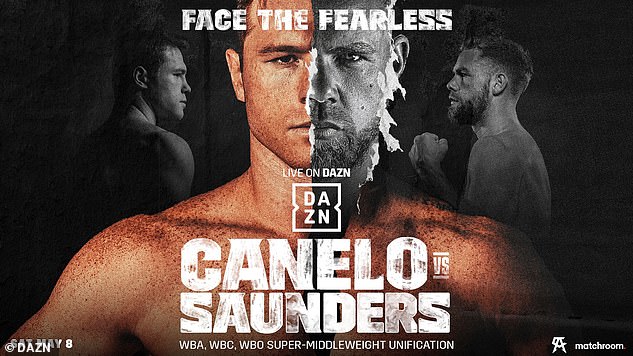 ‘We’re up against everything here and we’ve spoken to them this morning. They’ve said it’s either a 20-foot ring or book your flights home.

‘Unfortunately people, we apologise to all the fans, I can’t let my son box in a 20-foot ring against Canelo on Cinco de Mayo weekend.

‘We’ve given into a lot of stuff but this we can’t given in to. The fight will not be fair… the fight’s off.’

But it was always unlikely that he would really walk away from the mega-fight with Canelo he has been chasing most of his career and the biggest purse of his life.

Not only would he forfeit a reported £7.2million pay night but he would face losing many millions more in law suits for compensation. Perhaps even find himself paying Canelo’s £21.6m loss of a night’s earnings. 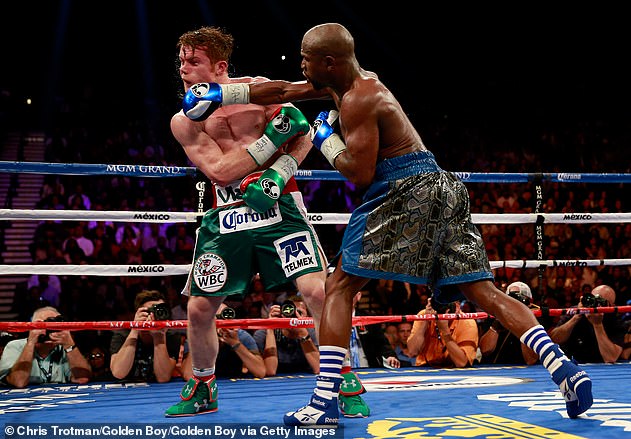 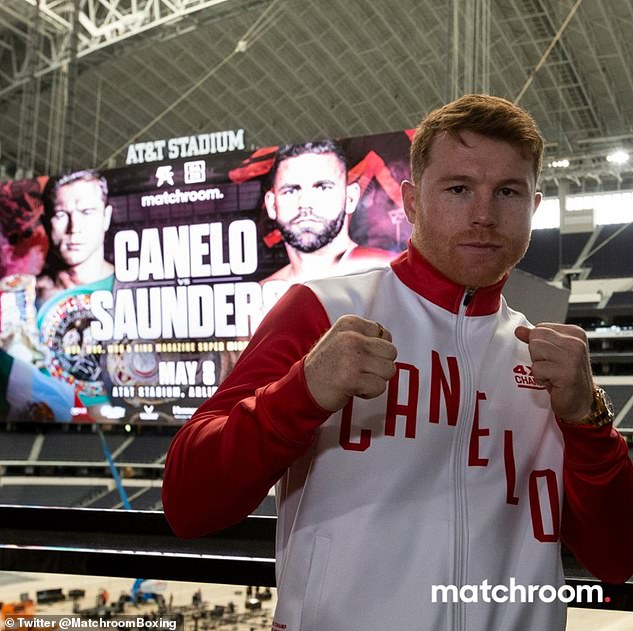 Alvarez said he will fight anyone, anywhere and perhaps Saunders is becoming unnerved

Maybe this is just Billy Joe mind games. If so Alvarez looked unperturbed as he posed alone in front of the giant screens inside the AT&T Stadium.

When asked about the English absentee Canelo, relaxed and smiling, said:, ‘I’m doing my share of the media work as per our contracts. Me, I will fight anyone, anywhere.’

Saunders has been angered by a number of issues. He won his argument for one English judge to be appointed. He claimed he had been robbed by agreeing to his purse before being told there would be 70,000 paying fans.

As for the latest hiatus, a 24-foot ring would be bigger than any Saunders has fought in before.

The really worry is whether he is becoming unnerved as this huge occasion draws closer.

Watch Canelo vs Billy Joe Saunders live on DAZN for £1.99