In the end it was results elsewhere that confirmed the inevitable and got Norwich’s promotion party started before Bournemouth produced a comeback win to stop them celebrating in style.

Norwich’s immediate return to the Premier League was instead rubber stamped thanks to the failings of their nearest challengers.But few would begrudge Daniel Farke’s players being able to sit back, relax and watch things fall into place at the crucial moment.

After training in the morning and having lunch at the training ground they were together in the team hotel watching their nearest rivals falter and the results that sealed their promotion come in. 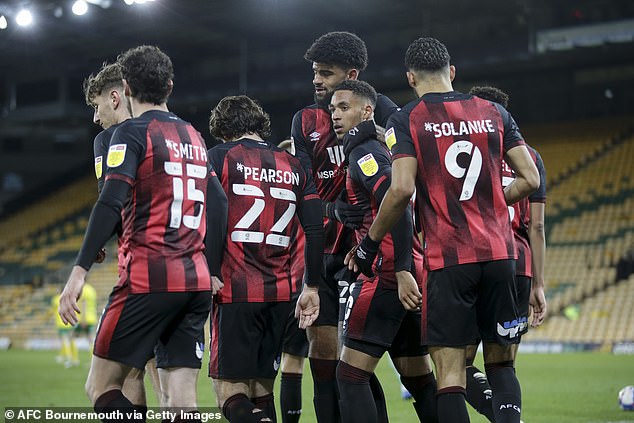 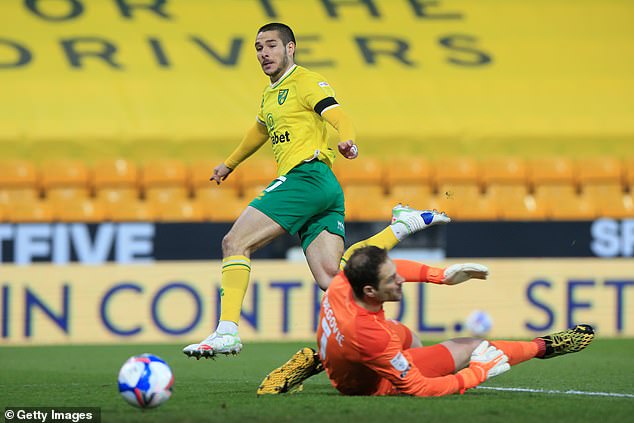 Farke and his players had already done the real hard yards this season to overcome the desperate disappointment of last season’s relegation, streak clear of the rest in the Championship and put themselves on the brink of reclaiming a top-flight place at the first attempt.

Exactly how they finally clinched it would not have really mattered even if, captain Grant Hanley insisted, the preference would have been to get the job done themselves.

The rearrangement of yesterday’s fixtures meant Bournemouth’s evening visit to Carrow Road was the safety net for Farke and his side.They didn’t need it, able to lose for the first time since February after going down to ten men early on and still seal a top two finish.

Back to the Premier League they bounced after Swansea were held by Wycombe and Brentford by Millwall. That ticked the automatic promotion box for Norwich.

They need only two wins to guarantee the title too.

Manager Farke said: ‘In the last moments [of the earlier games] you could feel something of a little surprise and pretty spontaneously the lads came together and, of course, they were buzzing and you don’t want to stop them.

‘Once you are not allowed to celebrate what you have done then one day you lose your motivation. It is also important to celebrate this a little bit. 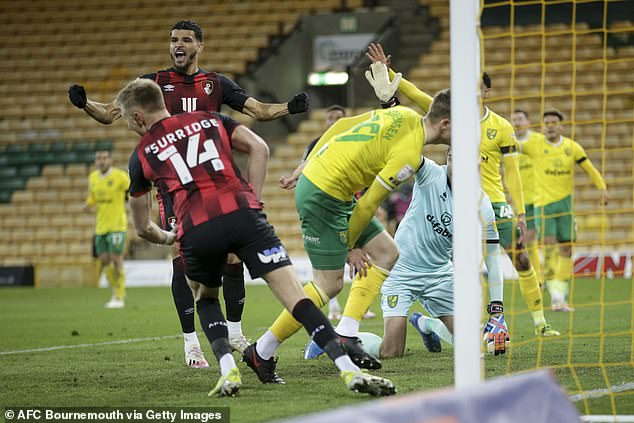 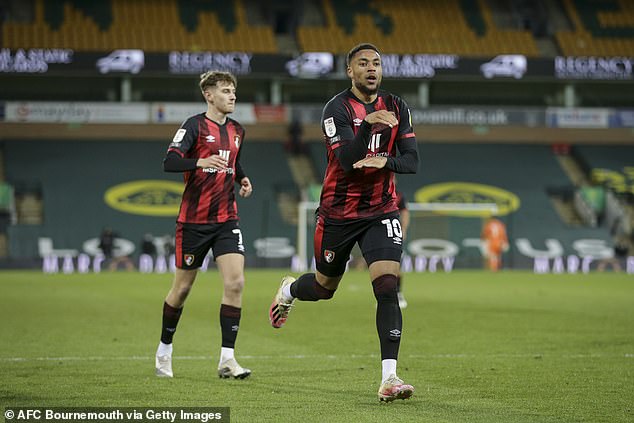 ‘Then there was a quite quick turnaround and the lads were focused on this game because they want to finish in style.

‘It’s a bit surreal when you are promoted just a few hours before kick-off because you want to concentrate and focus on the game.

‘But it’s a great feeling. Also a proud moment for the club and for us as a group.

‘The lads have done a fantastic job and it’s great when you achieve such an important target, difficult to achieve and you also think about the hard work you put in.’

Captain Grant Hanley said: ‘You never expect to be in that positon where you’re promoted without playing. It’s been a long season, a tough season and nice to get the job done.’

If there was one shame, albeit totally understandable, it was that Norwich’s supporters weren’t able to attend the party.

To their credit, most resisted the temptation to descend on Carrow Road with only a handful gathered outside the ground to mark the occasion.

Before they arrived, the only indication that there might be something to celebrate in these parts was a ‘Let’s be havin’ you’ banner – a nod to co-owner Delia Smith’s unforgettable, sadly for her, 2005 half-time rallying cry – hanging from the balcony of one of the nearby flats. Later there was a brief flurry of fireworks.

All things being well, the atmosphere around the ground will be completely different and Carrow Road jumping in a few months’ time when top-flight football makes its comeback.

That it will has been on the cards for a long while. 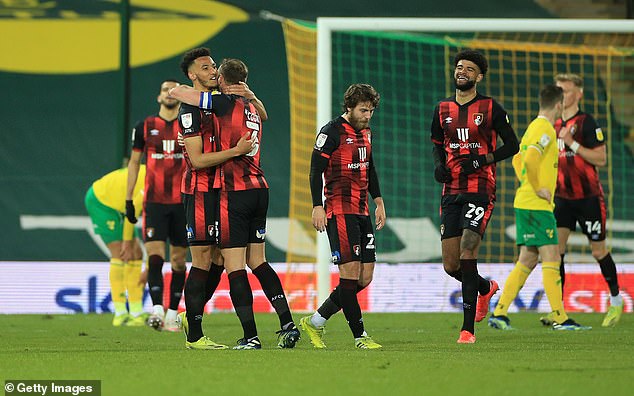 And it was simply a matter of time before the club would be able to celebrate their ‘mission accomplished’ on social media and let their supporters know their new range of Premier League merchandise was available to buy as they did yesterday.

Man of the match: Danjuma

After readjusting back to life in the Championship and the losses of Ben Godfrey and Jamal Lewis from last season’s squad, Norwich, led brilliantly by Farke, steadied themselves and have gone on to often looked a level above the rest in the division.

They did again against Bournemouth until Dimitris Giannoulis’s game-changing red card.

Norwich went top in November and have remained there ever since, winning 20 of their next 29 games.

They welcomed Bournemouth – in-form themselves and with their own promotion aspirations via the play-offs – on the back of a 13-game unbeaten run.

Norwich easily could have gone through the motions but instead looked only determined to show exactly why they are going up.

Though Dimitri Giannoulis’s red card for a late lunge on Ben Pearson in a feisty first half allowed Bournemouth, possession-wise at least, back into the game.

The goal their response warranted was tapped in five minutes after his introduction by half-time sub Sam Surridge, eventually awarded by referee Graham Scott after his assistant had initially flagged for offside.

The Bournemouth turnaround was completed seven minutes when later when Arnaut Danjuma, a top-flight worthy talent, drove in from the left beat two Norwich men and fired into Tim Krul’s top corner.

And Kelly completed found the bottom corner, when he fired in a third with 14 minutes left to secure a crucial result for Bournemouth on a night when the outcome ultimately did not matter for Norwich because of what had unfolded earlier in the day and season.