By David Wood for MailOnline

Jorginho‘s agent has revealed that Chelsea have slapped a €50million (£43m) price tag on the midfielder in a bid to see off interest from Juventus and Milan.

The 29-year-old was signed from Napoli for £50m by Maurizio Sarri in 2018 and he has retained his place under Frank Lampard and Thomas Tuchel.

Jorginho has two years left on his current contract but this week he spoke of his desire to one day return to Napoli. 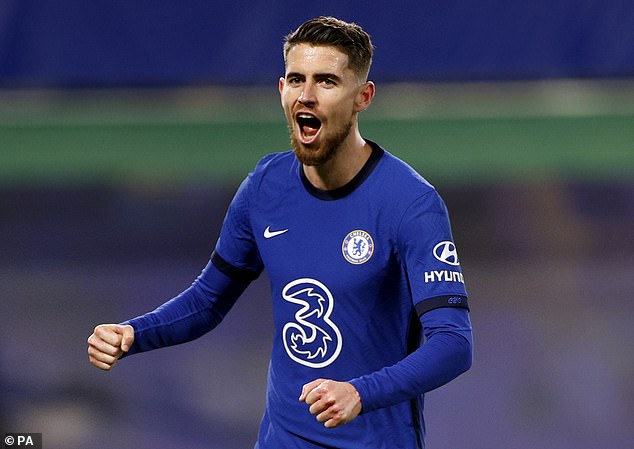 He told Sky Italy: ‘When you live in Naples you can never forget.

‘I had a wonderful experience and I am very fond of the city and the fans.

‘Now, honestly I’m not thinking about it because my concentration is all on Chelsea, but if there is the possibility, one day, to return, of course I’d like it.’

Jorginho’s agent, Joao Santos, said they expected Chelsea to offer him a new contract in the ‘next few months’ 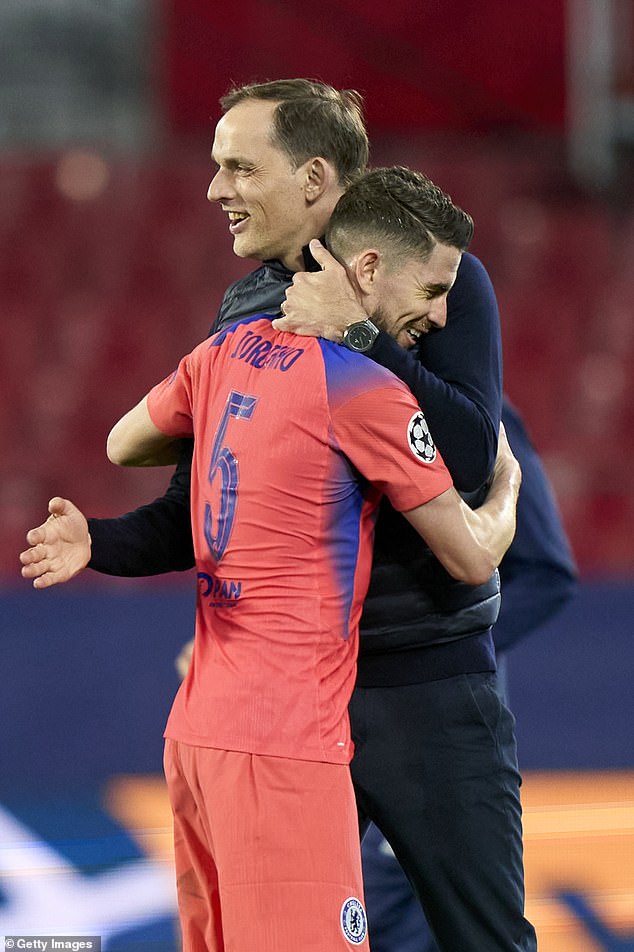 Santos told Radio Kiss Kiss: ‘Jorginho would like to come back to Italy, and there is the desire to play in Serie A.

‘If Napoli should need Jorginho, then it could happen. He still has two years left on his contract at Chelsea. As things stand today, his price-tag is €50m and he has quite high wages in London. It’s unlikely that (Napoli President Aurelio) De Laurentiis would spend so much.

‘Besides, in my view, Marina Granovskaia and Chelsea will offer him a contract renewal over the next few months.’

Juve are one of several Serie A sides who are keeping tabs on Jorginho.

‘Juventus have Arthur there and I think Milan and Inter are interested in Jorginho too, not just Juve,’ added the agent.