By Sam Blitz For Mailonline

Zlatan Ibrahimovic will miss his Manchester United return after the AC Milan picked up a thigh injury over the weekend.

The 39-year-old was taken off during Milan’s Serie A victory over Roma on Sunday and will sit on the sidelines for the Rossoneri’s next four games – including their Europa League visit to Old Trafford on March 11.

Ibrahimovic will be evaluated again in 10 days time but could face a further rehabilitation period out which is a major blow to Milan’s European and Scudetto hopes this season. 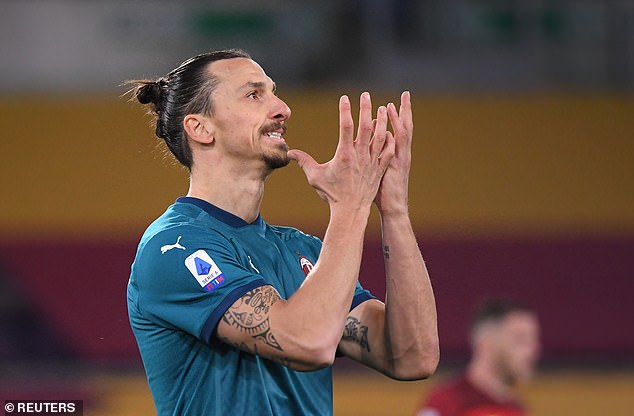